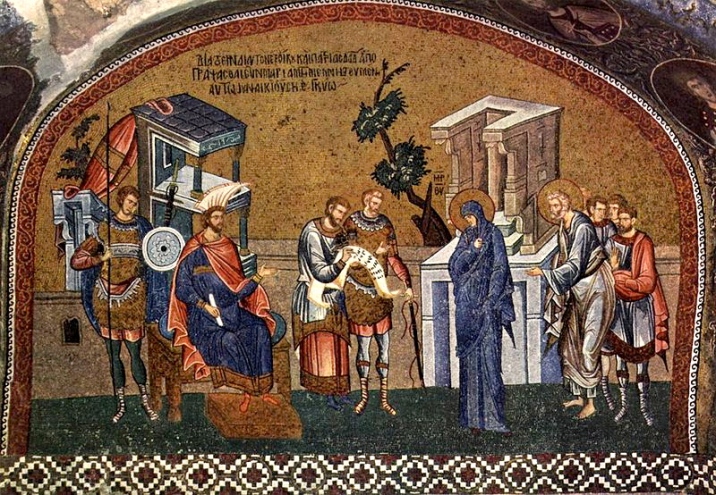 My father nearly swallowed his false teeth. “I have to pay it all back by when?”

The tax men had been taking too little, month after month, and my scrupulously honest father called them when he realised what had been happening.

Immoveable, those tax men were. Implacable. Stolid, even. My father must pay it all back. No instalments, just get this small king’s ransom back to the Crown as soon as possible. Quick Smart.

Taxes were not more stringent for those in Syria and the new province of Judea than they were for us. They tended to be as low as 1 per cent, and in times of war around 3 per cent of all owned wealth and property.

But fair? That is a matter of opinion. I have read variously that Roman citizens in Rome did not pay taxes; that was the job of those in the provinces and the reaches of the vast empire they had created. And the Vast Reaches had their own say on whether they thought Roman taxed were fair, starting with Gaul in 27 BC with an uprising in protest. Unrest rumbled through the empire: Pannonia, Cappadocia: and Judea.

The Romans never taxed until they had carried out a census. They held them throughout the Empire. And Romans being Romans, of course there was a record of each census when it took place.

This one mentioned in the Sixth Lesson of ‘Nine Lessons and Carols’. It’s a puzzlement.

There was a very big census indeed in Judea around the time. Judea was newly added to the province of Syria, and the Roman senator Cyrenius was sent to oversee the whole business, according to a Jewish historian of the time, Josephus. In 6 – 7 bc the head of each household, usually the eldest male, provided details of his property and who lived on it, including family members, employees, lodgers and slaves.

But this business of trekking off, each to his own city. It would have been a nightmare to administer. “The idea of a census requiring individuals to move to the native town of long dead ancestors is hard to credit”, says biblical historian James Dunn. The Romans simply didn’t do that. It was the census officials who moved, not the subjects. As historian Emil Schürer argued: Joseph would never have had to move to his ancestral home, and Mary would not have had to move at all.

And then, there’s Herod. Matthew indicates this all happened in the reign of Herod the Great, who died around eight years before the census took place. As we are still to learn, Herod has an important part to play in this story.

The Gospels don’t agree. They don’t even attempt to make historical sense. They do not collude and connive.

Because this is folklore: tales woven with patches of documented happening, and patches of supposition, and into a great and glorious patchwork story which speaks in the language not of history, but theology. These tales were written to explain a huge body of writing and thinking – the Old Testament -which had come beforehand. They are turgid with symbolism: every tiny detail means something and explains prophecies made earlier.

This, the four writers of accepted accounts say, is how the long winding story of the people of  this particular God comes to its climax. The man from the cross started here, and look: he was a direct descendant of King David and we have a story to prove it.

Was he really born in Bethlehem? In a stable?

20 thoughts on “Nine Lessons and Carols: The Sixth Lesson: The Ghost Census”